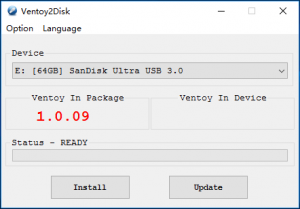 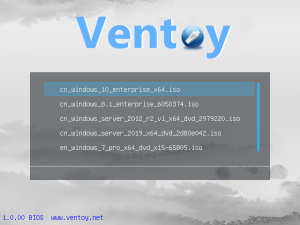 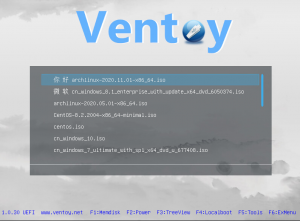 Ventoy 1.0.37 is the name of a free, simple and open source tool to burn ISO image on flash and memory card. These days, many people prefer to put their Windows disk or Linux distribution under the ISO file on a flash drive and then start installing it by booting this memory. The special difference between installing the operating system via flash and memory card compared to other types of methods such as CD / DVD discs is that the speed of reading and writing information in the flash method is much higher than the traditional method. This has led to the forgotten help of installing the operating system in the old ways and being replaced by new methods.

Ventoy is a lightweight tool that provides a quick way to make bootable USB drives from ISO files. Reinstalling your operating system via a bootable USB comes with the advantage that you do not need to spend time formatting the disk. Instead, you simply insert the USB in the dedicated port and reboot your PC.

While there are numerous tools that create bootable USB, most of them rely on the OS’s kernel which needs to access the hardware storage media for the source. The idea behind the program is different and entails that the information is saved to runtime memory before booting. Therefore, the OS can determine that the data is booted from a virtual disk, find the source medium needed for the operation and continue to boot without having to create the standard hook, as with the classic booting.

It is worth mentioning that the tool allows you to add as many ISO files as you want, case in which, you are welcomed by a menu following the boot. The program supports ISO files over 4 GB as well native UEFI and Legacy BIOS and it works with dozens of operating systems, as the developer states there have been more than 160 files tested.