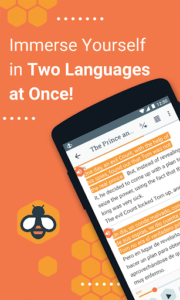 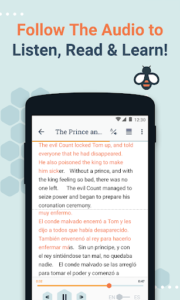 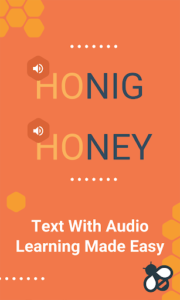 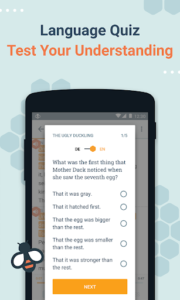 In today’s world, learning a language other than the language of one’s own country is considered one of the requirements; Because it helps to improve your status among the people of the society and to communicate with other people of the countries much more easily. There are different ways to learn a language, one of the most common of which is to go to educational classes, and it can be considered one of the most expensive methods that take several years. But thanks to Android startups, learning systems have also improved and anyone in any environment can start learning their favorite language. Beelinguapp: Learn a New Language with Audio Books Premium is a language learning application with audio books for Android developed by Beelinguapp Languages ​​and published on Google Play. According to the above explanation, the basis of training in this software is audio; In such a way that a story is displayed according to the level and abilities of the user and it is played in two different languages ​​at the same time so that in addition to strengthening hearing, you will learn new words and sentences. There are hundreds of different stories in this collection, and with your progress and learning, over time, stories with more complex words will be displayed. Thirteen different languages ​​are taught by this smart program, the most popular of which are English, German, French and Turkish.

Some features and capabilities of the Beelinguapp: Learn a New Language with Audio Books Android program:

Language learning is fun and free with Beelinguapp!

Learn a new language with Beelinguapp, the app that lets you read and listen to stories in different languages side by side. Read text and hear audio in the language you are learning, and read the same text in your language to use as a reference.

Ditch the flashcards and pick what languages you want to learn by reading your favorite children’s stories, short stories, novels and more side by side. From Spanish to German and more, Beelinguapp teaches you through fun and familiar text.

Beelinguapp is fun and easy to use for anyone that wants to learn a new language. Use your native language as a guide and start learning today!

Learn new languages by reading different stories side by side with Beelinguapp! No memorization and no flashcards needed. Learn languages at your own pace by reading your favorite stories on Beelinguapp!